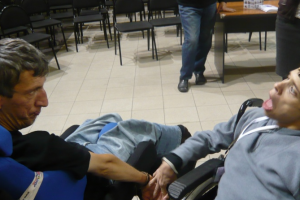 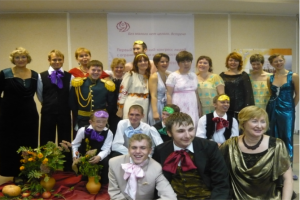 After two years of preparation, everything was once again put into question. “Russia is burning” – were the daily headlines. Moscow was buried under dark clouds of smoke for weeks and dead birds were falling from the sky! Before the start of the congress the sun appeared again and 200 participants were coming from all over Russia, the largest country in the world. Additionally, people from Belarus, Serbia, Germany and the Netherlands left home to join them in Moscow. For the opening of the congress there was wonderful Russian music and speeches by university professors, UN officials, representatives from the Ministry of Social Affairs and by participants. The next day started with a bus trip: to the Kremlin and the Red Square, of course. At the congress centre a round table discussion took place, with the participation of 50 professionals, supporting the ratification of the UN Convention on the Rights of People with Disabilities. The Ministry of Social Affairs had asked the congress for an opinion. The most memorable remarks came from the persons themselves! Strengthened with hope for facing the difficulties of everyday life, participants went their different ways. The social therapy movement of the whole country was united in Moscow and the soul of Russia became tangible. From a small encounter grew the whole, the togetherness, reaching even across national borders. From fire and courage arose confidence and life. The 2nd Russian Congress 2012 will take place in the Ural Mountains in Siberia!