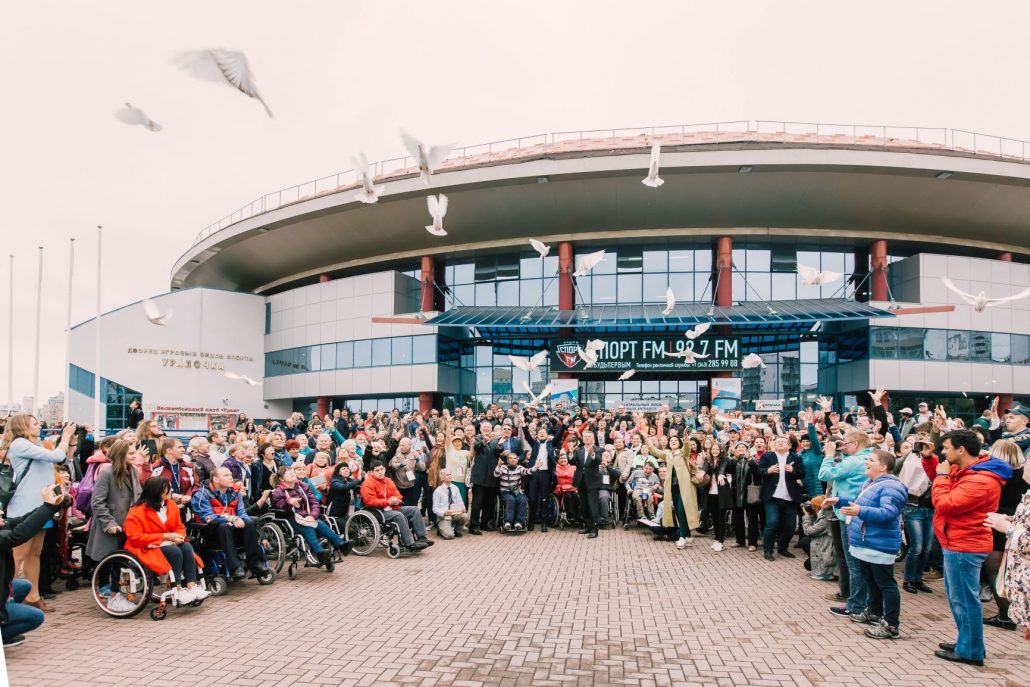 “With high personal commitment Thomas Kraus organized the First World Congress for People with Disabilities from 7 to 10 October 2017 in Ekaterinburg, Russia. Under the motto Making values visible, the persons with disabilities were not only talked about, but they themselves were the activists. During the congress, panel discussions, 45 workshops and just as many excursions, a concert by the Philharmonie, art performances, a world congress ball and a rehabilitation trade fair were offered and arranged. Over 100 volunteers, companies and sponsors took part. More than 700 people from 30 countries attented the World Congress, including over 200 delegates from Germany. The Congress was an example of the implementation of the UN Convention on the Rights of Persons with Disabilities. In the end, a congress resolution was also written in several languages.”

Information can be found here.