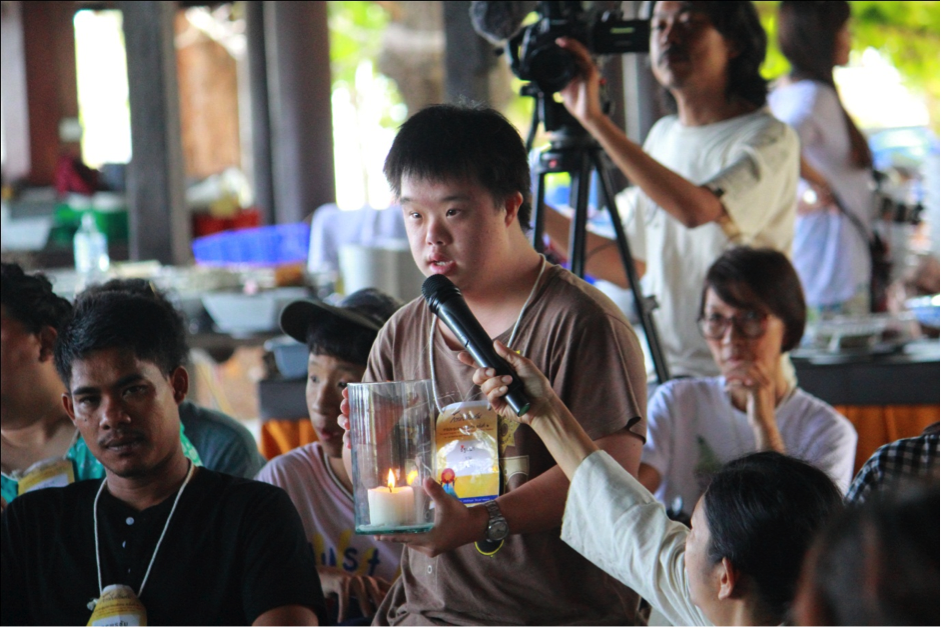 When we met after the congress in a university building, tanks and soldiers were sweating in full riot gear at about 40 degrees nearby. Just 15 hours after the end of the congress, martial law was declared in Thailand, shortly after the military took power. Just a few days before the opening, the congress was uncertain due to the political and financial situation. Nevertheless, over 160 participants from all over the country, including many parents and about 20 volunteers from several universities came to Rayong. This resort is located about 200 km south of Bangkok nearby the sea. Early in the mornings the sound of a flute awakened us to participate at the common yoga sessions on the beach. The evening eurythmy performance happened outside and was accompanied by the coming and going of the waves. The second congress was in a special way a glimmer of hope and peace in troubled times. In 2016 it will be continued in Khon Kaen.