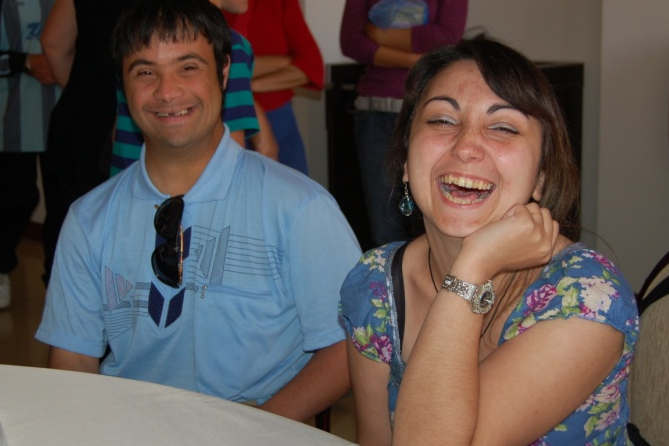 The Caucasian Congress was held on the geographical threshold between Europe and Asia, in a region where the living conditions for the entire population are very difficult. About 160 people from Georgia, Armenia, Azerbaijan, Ukraine and Germany participated. Apart from members of parliament and the UN representative on human rights issues in the Caucasus, the President´s wife was present as well. A number of television stations were reporting and there was a special program broadcasted. Exactly nine months had passed between the initial decision and the event. That the congress was therefore successfully realized was a kind of miracle: two days before the opening the only sponsor pulled out and a letter appeared in which the local convention center withdrew from carrying out the event. The letter turned out to be fake! Participants noticed nothing about this and the program was smoothly realized. Besides theatre plays, music and workshops it is particularly worth mentioning that participants went on a visit to the monastery complex in Mtskheta, which is a Georgian World Heritage site. A round table was held with participants, parents and professionals from 27 NGOs, who presented the benefits of strategies of cooperation to the persons with disabilities themselves. The financial deficit was compensated by a donation from Switzerland and the congress is set to continue in the Caucasus as soon as possible.