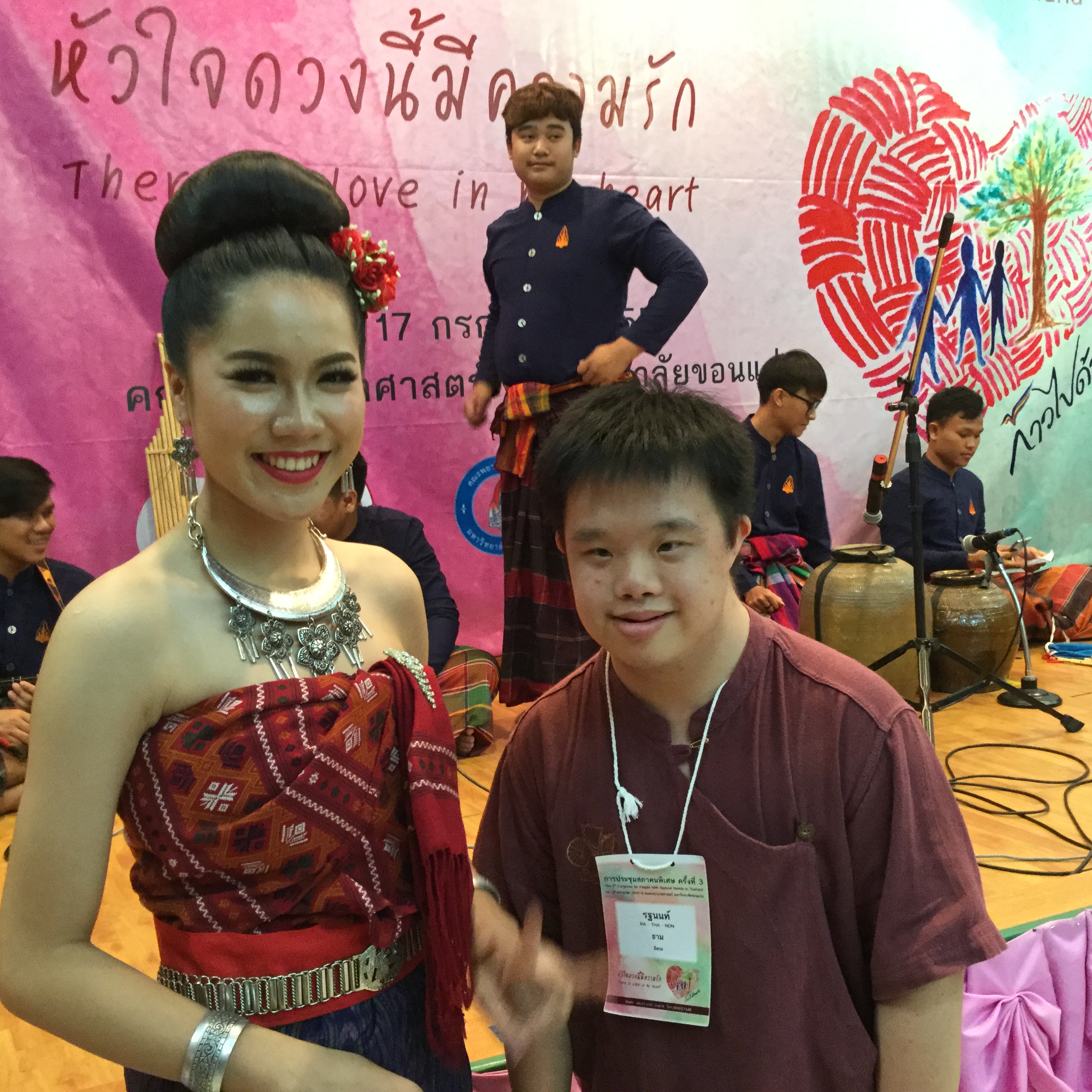 Nearly 200 participants from all over Thailand, but also from Cambodia and Vietnam came to Khon Kaen University, one of the biggest and oldest institutions in Thailand. There the third congress took place on a huge campus with several thousand students. Among the participants were quite a lot who already had come to the previous congresses. Again many parents, students from different faculties who worked as volunteers and also several organisations who are caring for autistic people attended the event. It was very impressive to see how they were all calming down and becoming more open for others during these days.

The theme was about love in every human heart and not so much was spoken about it, but it could be felt among the people. The ritual at the opening ceremony was done by a spiritual leader of the hindu-buddhist community. The program offered a variety of workshops like eurythmy, clay modelling, painting but also singing and dancing. The excursions brought us to the most important temple and also to the historical museum. One of the highlights was the cultural night with different arts such as a theater performance, which was presented by participants, parents and co-workers together about “the challenge to become parents of a child with disabilities”. At the end of the evening everybody was dancing happily together in traditional Thai style.

There were several round tables where participants not only shared their biographies but also their ambitions. In comparison with the last congress most of the people were much more courageous and more active. Already, there is an idea about where the next congress will happen and what will be the next step in the process of improving the situation of people with special needs in Thailand. Moreover, friends from Vietnam promised to organize a first congress in their country, hopefully it will be realized soon.